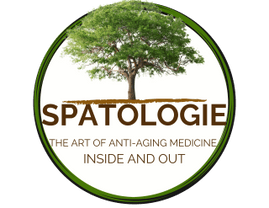 Aquagold® is a first-of-its-kind, patented micro-channeling technology, delivering drugs or biologics directly into the skin," says Sobin Chang, CEO of Aquavit Pharmaceuticals, Inc. (the makers of AquaGold). "Its revolutionary technology can provide thousands of microinjections per minute without pain or downtime."  Aquagold® is able to cover a larger treatment area and delivers healing solutions deeper into the dermis, allowing them to be absorbed more effectively. The Aquagold® delivery system can be used in several areas including:  face, neck, décolletage and hands. Aquagold® microneedles are made up of 24 karat gold needles, each smaller than a hair follicle. These nearly microscopic needles painlessly create very tiny open surfaces in the skin, delivering anti-aging and skin refining treatments deep into the dermis.

The AquaGold® device is applied to the treatment area and the tiny needles penetrate the skin, delivering the solution painlessly, without any bleeding. The entire procedure takes less than 30 minutes, and involves no downtime or recovery.  Some patients may see redness and slight swelling for a few days at the treatment site.

Results are seen within 3-7 days after treatment and typically last approximately 3-4 months. Procedure can be done as often as every 1-3 months, doing several treatments throughout the year will continue to improve overall appearance of skin.

Check out Dr. Paul Dell'Aquila using Aquagold® as an amazing anti-aging treatment for both face and hands.  More info can be found on our blog page